Matariki magic takes to the skies 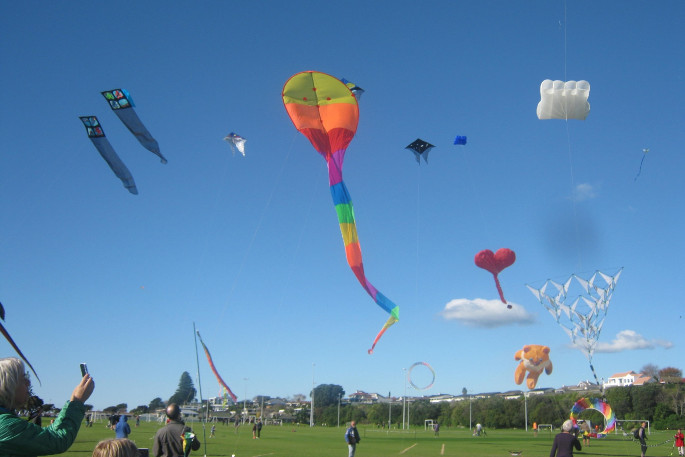 The Matariki Kite Day will be held at Fergusson Park on Sunday, July 4, from 12–4pm. Photo: supplied.

This Sunday the sky around Matua will be filled with kites of all shapes, colours and sizes in celebration of Matariki.

Starting at noon, world-class kite flyers from the New Zealand Kitefliers Association will put on an eye-catching display at Fergusson Park.

“Wrap up warm and bring your whanau – and a kite of your own if you like,” says a spokesperson for the event.

Ancient Maori kite flying traditions have a highly symbolic connection to Matariki – the two were historically inseparable. Kites were seen as connectors between the heavens and earth.

During this period of joyful abundance of Matariki, tribes throughout New Zealand, without exception, historically placed their greatest emphasis on kite flying.

Ancient Maori were expert kite makers and flight controllers. Their kites were usually tail-less, decorated, and of varied sizes, shapes, names and purposes – from those used for light-hearted entertainment to kites used for highly significant spiritual rituals.

Children and adults made kites to practise whanaungatanga - social relationships, to reinforce tikanga/kawa - tribal lore; to produce artwork, perfect aerial movements, to test skills in competitions and to add their “touch” of vibrancy to the sky.

The most common kites were constructed from toe toe, manuka, harakeke, raupo and aute bark.

Kites were also believed to be messengers. Like birds, they were considered as having spiritual connections, hence the ambitious cloud piercing kites that required several people to operate using kilometre-long ropes.

Matariki can be appreciated as a popular kite flying time and as an important period for kite development and prototype testing.

But as Maori New Year - Matariki celebrations become more widespread, New Zealand’s skies are once again playing host to the colour and pageantry that is traditional Maori kite flying.

The Matariki Kite Day will be held at Fergusson Park on Sunday July 4 from 12pm – 4pm and will include food and beverage vendors.

Matariki - the Maori name for the star cluster also known as the Pleiades - runs to July 11 this year, and features a large number of events and activities that almost anyone can participate in. Information about exhibitions, workshops, art hunts, a panel discussion and storytelling can be found at: www.mymatariki.co.nz