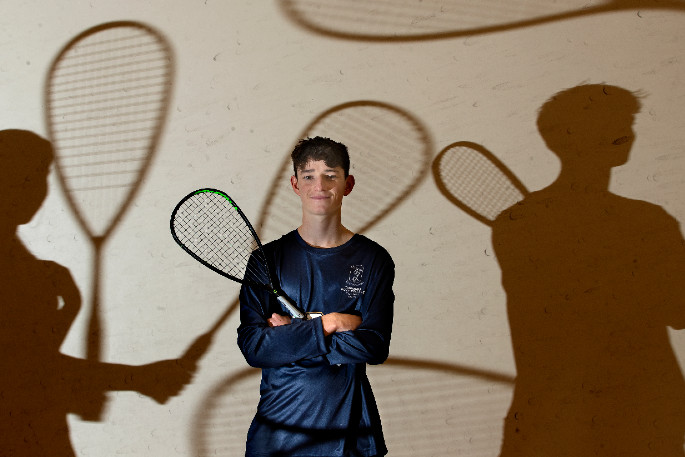 The Devoy Squash and Fitness Centre will host the New Zealand Secondary Schools Squash tournament for the very last time this weekend after three successful years.

Amidst the farewell, there is hope that clubs from the region can sign off in style by claiming gold.

Tauranga Boys’ College are the number one-ranked male team at the competition.

Success has followed, with three national titles in a row from 2012-2014. In the two most recent editions, they had to settle for silver and the aim is to sign off hosting the event in style.

“The boys are really looking forward to the opportunity to represent their college at the nationals and compete against other top squash schools in New Zealand,” says Leyton.

Winning gold is not paramount, Leyton says. He praises the character squash helps to develop in his players and the massive health benefits of the physically demanding sport.

However, after those recent near misses, reclaiming a national title is certainly on his mind.

“It would mean a lot to the players and to the school to go one better and win gold,” he says.

“It would be very pleasing. It will be another very tough competition, so the boys will need to be at their best to give themselves the opportunity to compete for the title.”

The event is hosted at Devoy but, with the amount of teams travelling from all over the country, games are also played at Mount Maunganui Squash Club and Te Puke Squash Club.

“Having over 50 teams competing over three venues is a massive job, but it is one we enjoy doing.

“It is a pretty cool event to have. We were happy to bring it back to the Bay for the local schools. They love having it here. It is a big beast to run but it is good.”

She is tipping Tauranga Boys’ College for gold, but also points out that local teams in the female category have a strong chance.

“Otūmoetai College are the second seeds in the girls, and then there’s Tauranga Girls’ College as fourth seeds,” says Michelle, “so hopefully we can get some wins for the Bay.”

Leyton is keen to praise the student’s parents for their help, and also has kind words to say about the Devoy Club.

“They have been fantastic tournament hosts over the last two years and have put on a well organised and enjoyable tournament for the students to be a part of,” he says.

“It is also excellent for the boys to have local support from their home crowd in Tauranga.”

The entire nation has been swept up by Olympic fever recently. Unfortunately, despite being a Commonwealth Games event, squash is not currently an Olympic sport.

“I would love to see squash on the Olympic stage,” he says. “It is a Commonwealth sport already, and it would be great to see the IOC include it in the Olympics in the future.

“Our nation’s number one, Paul Coll, is currently in the top five in the world and he is an inspiration to many. He deserves the chance to push for an Olympic medal.”

The New Zealand Secondary Schools Squash tournament gets underway from 9am on Friday, August 6 and runs through until prizegiving at 2.30pm on Sunday, August 8.