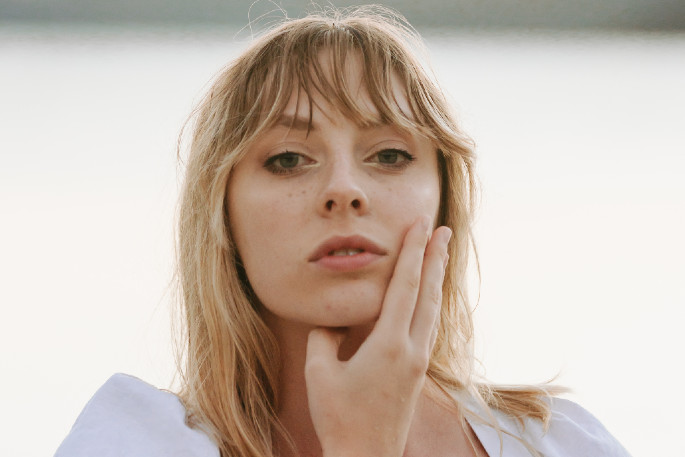 Tauranga singer-songwriter Sophie Gibson has released a deeply personal indie-folk track about the loss of her brother to suicide.

Her latest single, Deeper Waters, is a song of raw emotion that will resonate with anyone who is grieving someone they have lost.

“You can still live a beautiful life, you are not alone, and you are so loved.”

Sophie grew up in Katikati with her younger sister Lucy and older brother Scott. She attended Katikati college and went to Mauao Performing Arts Centre in Mount Maunganui for singing lessons.

“I was lucky to have many great teachers to mentor me. They helped me to become comfortable with performing and really encouraged my songwriting.”

Although her parents work in medicine - dad is a doctor and mum a receptionist - Sophie says they have always been a musical family.

Her older brother Scott was also a big support on Sophie’s journey to becoming a singer-songwriter.

“He was such a big support to me growing up, and he was always super proud of my music. He was a beautiful singer and guitarist, and he used to write songs too.

“He would just light up any room that he walked into wherever he went. He was a real people person, he just had an affinity for making other people happy.”

Tragedy struck the family when Scott took his own life aged 25. Sophie was just 15, and struggled to cope with the shock and grief.

“For a long time I didn’t really cope well. I battled, and I still sometimes battle with my own mental health. I was so young, and in high school… I felt that not many people understood what I was going through.”

Music was something she turned to for comfort, and to express the things she could not say in words.

“Music was a safe way for me to express myself and express the emotions of grief that words alone couldn’t articulate.

“Knowing that music was a thing that my brother loved really helped me to feel a connection with him. I was lucky to have great friends who supported me throughout it all, and encouraged me to keep doing music.

“My sister and I really came together and have supported each other through that journey too.”

The Riverlight Suicide Support Group at Waihi Beach, a support group for people who have lost a loved one to suicide, was a turning point for Sophie.

“After I went to that group, something just clicked and I realised I wasn’t alone in my grief. I really gained a lot of support from the beautiful people who go there. We really love and care for each other deeply.”

After her brother’s death, Sophie went on to study music at Auckland University and now, at 21, she is finishing off her degree in music and psychology. She also teaches singing, guitar and ukulele lessons to kids

When she initially started writing Deeper Waters, she didn’t know it would be a homage to her brother.

“I wrote this lyric ‘we’re in Deeper Waters’, and initially I didn’t know what that meant. I continued writing, and thinking about what it was I was trying to say.

“It was really about articulating emotions that I didn’t know how to describe, so writing the song was really cathartic and special. I cried a lot, and I feel that I processed a lot of emotions through this song.

“The first time I performed the song live, people in the audience were in tears and I realised that the song was resonating with other people. I was nearly in tears too! I gained a lot from that experience.”

She wrote the song during New Zealand’s first lockdown, and said it felt like the right time to share her grief while others were also going through their own forms of loss.

“Although it is super personal, over the last year since I wrote the song I had done a lot of work on myself to process grief. I just felt that it was time to share my story.

“Sharing the song felt like a great way to celebrate him. I knew he would be proud.

“I still feel his presence and that he is watching over me, especially when I am writing and singing.”