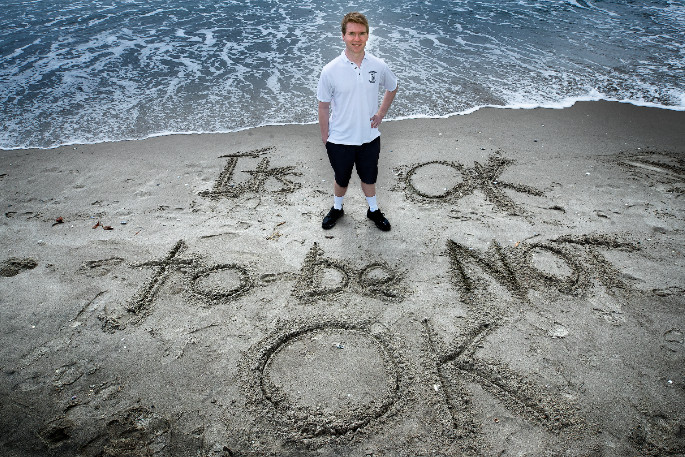 Benjamin Young has tackled one of the UN’s Sustainable Development Goals to improve the mental health of Japanese youth. Photo: John Borren.

A Tauranga Boys’ College student is one of five high schoolers from across New Zealand who have been crowned winners in the inaugural BizVenture Programme.

Some 40 students were selected from over 4700 who are participating in The Lion Foundation Young Enterprise Scheme and collaborated in a three-day virtual exchange.

During this time students chose one challenge to address some of Japan’s pressing social issues, before designing and presenting a business plan in a ‘Dragons Den’ style pitch to judges.

The budding entrepreneurs chose to tackle a solution that directly enhances the mental wellbeing of Japanese teenagers.

UNICEF reports rank Japan 37th amongst the 41 OECD countries for children’s mental health, assessed by factors including life satisfaction and suicide rates. New Zealand is in a similar position at 38th.

The Kiwi students successfully pitched a concept to develop a sustainable clothing brand called 大丈夫, which translates to “It’s okay”, with the aim of promoting positive conversations around mental health amongst Japanese youth.

Benjamin, a year 13 student at Tauranga Boys’ College, says the group decided on a clothing brand as it essentially creates a movement about removing the stigma of mental health from Japanese teens.

“Currently in Japan they have a major negative stigma around mental health,” says Benjamin. “It iIays Benjamin.rated in a three-s taboo to talk about it, you don’t mention it, and everyone is doing fine.

“It’s sort of liked a masked problem - it’s there but people don’t acknowledge it.

“Our clothing brand really puts it in people’s faces because it says ‘It’s okay to not be okay’ right on the clothing.

“When people are walking around and see that clothing brand and see that slogan, it’s right in their faces and it completely removes the problem entirely.

“We were all really happy when we found out we won.

“I think I only got maybe 11 hours of sleep over the three days that it happened.

“We all put a lot of work into it and we were quite happy to see all the hard work rewarded.”

Benjamin plans on attending Victoria University of Wellington next year, where he will do a conjoint degree in Law and Arts with a double major in International Business and Science.