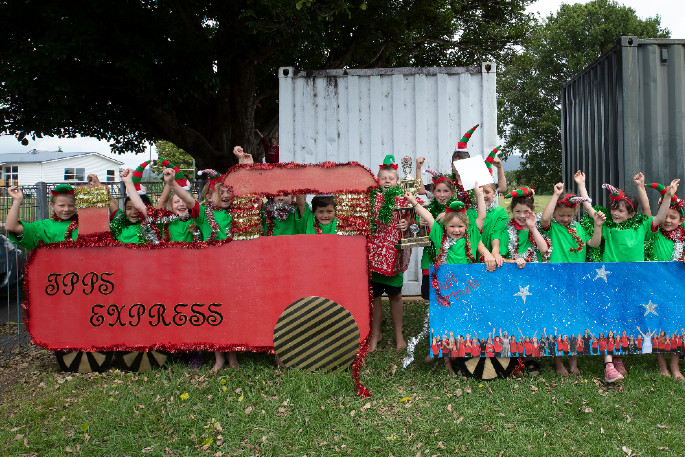 Traditionally, the Te Puke Christmas Float Parade is held on the first Saturday in December, marking the start of the Christmas season. This year, due to the Covid alert level restrictions and the traffic light system, the parade was cancelled.

Choosing not to be disheartened by this, New Zealand’s kiwifruit capital implemented kiwi ingenuity and came up with another idea.

“When we realised we could not safely host a float parade, we switched plans to Seeka Te Puke Christmas Town – an idea that means everyone can create something festive that puts the whole town on display,” says Epic Te Puke’s Rebecca Larsen.

“The idea is that any decoration, small or large, on display can brighten a street. Decorate a letterbox, a fence, a window - something we can see from outside.”

When living overseas, Rebecca noticed that “it is a big deal to decorate the exterior as well as the interior of the property and it makes Christmas especially magical”.

The town went ahead with running a self-guided display of decorations, with the same float categories that would have been in the float parade.

Judging took place on Saturday, December 4 - the same day as the parade would have been held, with winners notified on the Epic Te Puke Facebook page.

“We hope to see more decorated properties join the fun right up until Christmas,” says Rebecca.