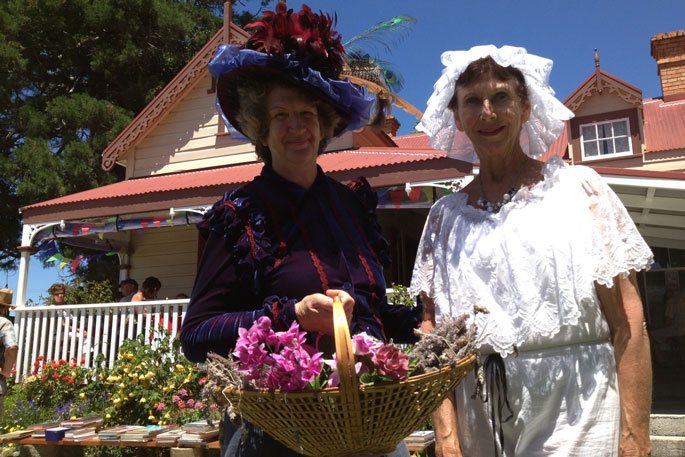 The Awards were announced and presented last night at the Omokoroa Settlers Hall in front of almost 90 spectators, the majority of whom are also volunteers.

The Athenree Homestead Trust received, on behalf of their group, a framed certificate, a trophy and $1500 in prize money. These folks also will have the opportunity to represent their region at the 2015 Trustpower National Community Awards, being held in Dunedin next March.

In total, Trustpower gave away over $5000 to various community groups through the awards last night.

Trustpower Community Relations Representative Jess Somerville says this year’s Supreme Award winner is behind an ongoing project that pays tribute to the interesting history of this area and the role the Stewart family played in its settlement.

“Tucked away just off State Highway 2 stands the beautifully restored 1878 Athenree Homestead, but it hasn’t always looked this good. A dedicated group of 35 volunteers have tirelessly chipped away at improving this grand old girl and the grounds for some time now.

“The last 12 months though have seen them complete a significant next phase of this project, further establishing it as a unique facility that allows you to take a step back in time. The old Athenree Railway Station had been left to deteriorate on the edge of the grounds, storing old windows and doors; that was until they team rolled up their sleeves and breathed some life back into it.

"The project started with them relocating it from the property entranceway to behind the homestead, no easy task for a building of this era. They then set about converting it to refreshment rooms; refitting it, installing a commercial kitchen, painting this inside and exterior and attaching a covered veranda. The station has been kept historically intact and is decorated with memorabilia, information and history about the railway station.

“Now instead of it sitting down the hill being neglected it’s standing bright and being used, offering a slice of locomotive history and refreshments, and this is of huge credit to the passionate volunteers behind the scenes."

The competition for this year’s awards was strong with 54 entries received, the second highest yet.