Dangle a line and save a life 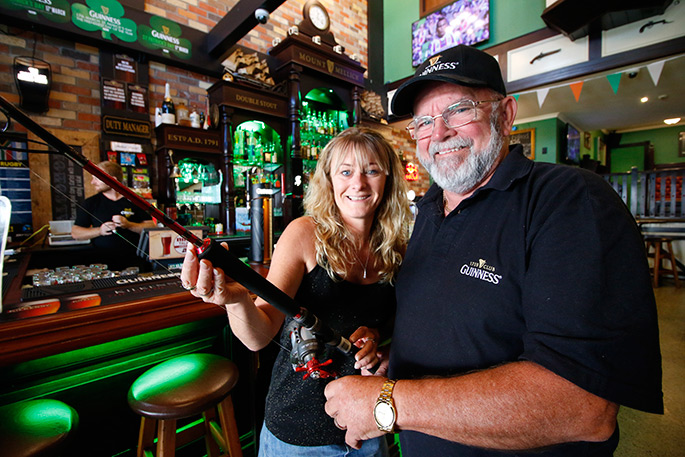 Trevor Willetts and Tracey Nicholls are two of the organisers of the fishing competition. Photo: Bruce Barnard.

Drop a baited hook this weekend in the Mount Mellick annual charity fishing competition and it’ll help in a small but significant way towards saving a life on the beach next summer.

It’s a four species tournament – snapper, trevally, kahawai and gurnard. Prizes will be awarded in each category for the top three heaviest fish and average weight. Last year a 4.7kg trevally was big enough to win. Plus, the under-15 section has prizes too.

“And it doesn’t matter if you are land-based, in a boat or a kid dangling a line off the wharf, you stand to win a prize,” says one of the organisers, Tracey Nicholls.

There’s a briefing at Mount Mellick from 6pm tonight, April 8, and fishing starts any time after that and finishes Sunday afternoon. Weigh-in is from 3pm Saturday and Sunday.

To enter, it costs $35 per adult and $15 per child and every cent is passed on to the Mount Maunganui Lifeguard Service.

It’s a local event in support of local charities. Bay of Plenty Child Cancer benefited from the first competition and last year more than 40 anglers raised $3100 for Heartkids BoP.

“So we invite everyone to join us for a fun-filled family weekend and in the end it helps people,” says Tracey.

Each night there is a buffet meal back at Mount Mellick. The food is donated and the $15 per head cost also goes to the surf lifesavers. North Islands Forklifts has donated a $1000 full-day fishing charter which will be auctioned at Mount Mellick during the weekend.

Organisers are hoping for more than 50 entries. If you want to fish competitively this weekend for a good cause, then drop into the Mount Mellick for information and an entry form or see ‘Mount Mellick Annual Fishing Competition’ on Facebook.