Fraser Sharp in action in Europe. 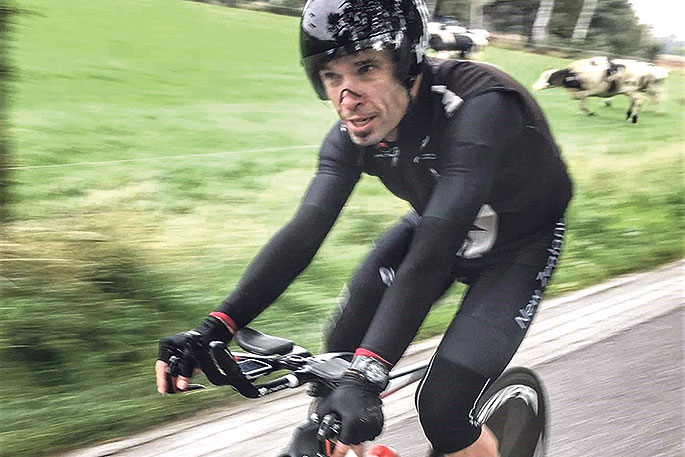 Fraser Sharp’s goal of representing New Zealand at the Tokyo 2020 Paralympic Games is still on despite missing out on key funding to help make it happen.

The goal was simple for the C2 category rider – finish in the top six to qualify for High Performance Sport NZ (HPSNZ) funding.

In the Individual Time Trial he was well placed before he slid off on a damp corner and lost 20 seconds of time before recovering well to finish in seventh place.

It meant he did not qualify for the HPSNZ funding he desperately needs but he is not letting that stop him from achieving his goal to get to Tokyo.

“The funding was not the overall goal but it just makes it just that much harder without it. It is all decided on points to see how many male slots we get, then Paralympic selectors will decide,” says Fraser.

“Next year’s world champs in Belgium in June is when the qualification has to be achieved. It is just hard now coming off such a high when I was riding in Netherlands.”

Fraser was in top condition when he arrived in Europe after going to Brisbane in July for some intensive training in the warm Queensland temperatures.

“It was exceptional there and I would love to do it again. I was very appreciative of Anna Rutten from Tauranga who helped me out.”

To get to Europe Fraser received wonderful support from throughout the wider Western Bay community, with more than $10,000 donated on a Give A Little page.

Now he is going to have to do it again.

There is a chance Paralympics NZ can get him a dispensation grant from HPSNZ to help with his training and travel plans.

Fraser says the goal is still there.

“I’ve just got to keep on pedalling, keep on going.”

Fraser has lived by a personal motto of “anything is possible” ever since an errant driver crashed into him in 1993 leaving him with a serious head injury that affects his mobility.

He certainly could do with a break, a lucky break for a change.

If he does get to represent his country in Tokyo there will be no prouder Kiwi in the team. And none more deserving to be there.