Shedding light on the upgrade 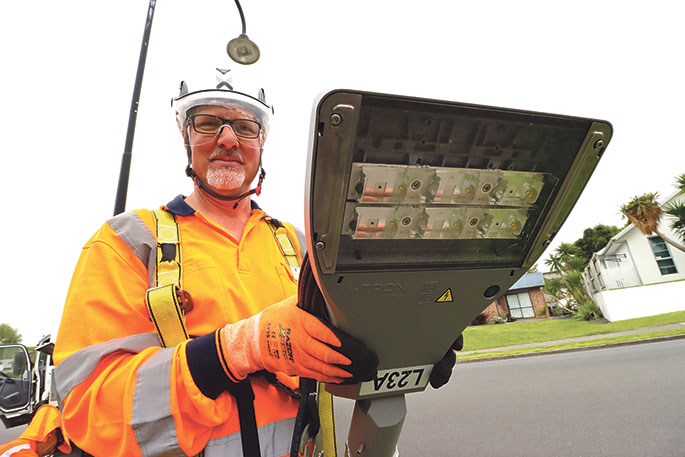 Tauranga City Council is halfway through upgrading 7000 street light fixtures to LED, a project which could save two-gigawatt hours each year.

The upgrade is a result of an 85 per cent subsidy from the New Zealand Transport Agency. Estimated completion of the project is March 2020.

The council’s manager of transportation Martin Parkes says the council is on track and halfway through Phase one, which is the replacement of streetlights on residential roads throughout the city.

The funding allocation for phase one of the project is $7.15m. Council will be funding 15 per cent of the upgrade.

Councillor Steve Morris says this is the biggest change since electric streetlights were switched on in 1915.

"The upgrade will save 2GWh of power annually. That’s the equivalent of running Huntly Power Station at full-noise for two hours or the output of your average nuclear reactor over the same period," his column read in last week's paper.

"Council received a one-time, use-it-or-lose-it, 85 per cent subsidy from NZTA so it makes financial sense for our ratepayers to do the upgrade now."

Martin says the upgrade will benefit the city through energy efficiency and operational saving.

"The operational savings from the LED conversion will help towards negating increases in electricity cost."

LED Lights use 50 per cent to 75 per cent less power than older lamp technologies used in street lights.

Cr Steve says environmental and power-saving benefits aside, the new lights will require less ongoing maintenance and won't cause as much light pollution in residential areas.

"They won't be shining directly into your bedroom at night," his column reads.

LED street lights will be brightened and dimmed by a central control system.

"This will allow us to track the performance of individual lights and to control them remotely," says Martin.

Phase two of the project will address the replacement of older light technology lights located on council-owned arterial roads and residential streets that require higher wattages due to increased traffic.

It is currently subject to a business case approval by NZTA.