Gird for the long hot dry 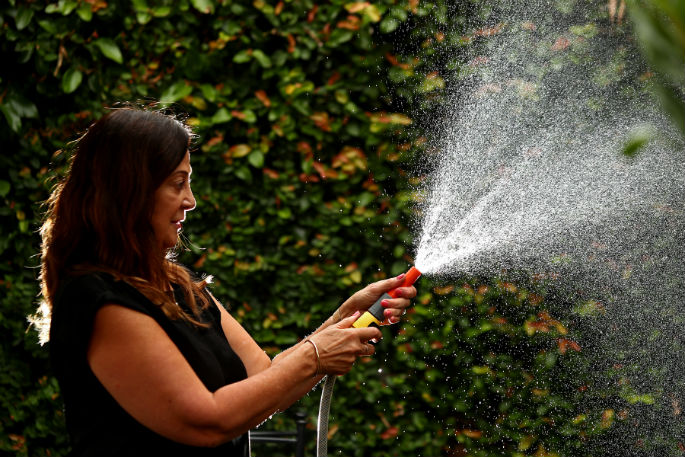 Benjamin Franklin once said: “When the well's dry, we suddenly discover the true value of water”.

Steve Burton, the man who manages the city’s water supply, probably knows it won’t come to that.

But as the days draw out and the mercury edges up, he is urging people to be mindful of a precious and finite resource. And how and when we use that resource.

“That’s the challenge. To get people to understand that water use has to be moderated. There’s enough for the whole city if we moderate our outdoor water use.”

There’s a lot of summer to go and the signs are ominous. “The early hot weather has already resulted in higher water demands than normal for this time of the year,” says Steve.

That’s the threshold which sets the water engineers muttering about restrictions. And we have yet to hit the hotter months of January and February.

Outdoor use – that’s the driver. And outdoor use is driven by the hot dry weather. “The problem is when you have prolonged sunshine, more than five to seven days of hot sunshine. That’s when you see people’s behaviours manifesting as really hard water use day by day by day.”

Then there could be just a few millimetres of rain and a cool day and it would drop water use by 10 per cent.

“The problem is when people are using water outdoors, in the garden. They are trying to stop the lawn browning off. They should really leave it, cut it a bit longer, get mulching a bit, sweep the drive instead of hosing it, and water with a handheld hose during the cooler hours at either end of the day so the moisture doesn’t evaporate.”

Sometimes people will call the council and dob the neighbours over excessive water use. “We will call them or drop by and have a chat to work something out. But we don’t like the big stick approach. It’s more about encouragement, making people aware.”

And unless the council puts the message out to make people mindful, they tend to hide behind ignorance, they say they didn’t know there was water shortage. “We try to raise awareness about water conservation all the time.”

It is time to be aware again. Because last summer, on January 30, with usage peaking at 52 million litres and not one iota of rain in sight, a sprinkler ban was imposed. Just ten months later, and remember it’s not even December and we are staring at more restrictions.

“A sprinkler ban is probably the least harsh of restrictions. It doesn’t really impose a huge burden on the individual because they can still water the garden with a handheld hose. But it makes significant reductions in water usage.” About 5 million litres a day in January.

People are changing their behavior by installing water efficient whiteware, low flow shower heads and dual flush toilets. “Houses are becoming more water efficient internally.  There’s been a steady decrease in the amount of water used per household, which is a great thing,” says Steve.

But that doesn’t fix the immediate problem. “Use water wisely, avoid using sprinklers and don’t leave water running unattended outside.” And with hot dry weather forecast for the next five days – no rain expected before Tuesday - and a hot dry summer ahead, we should all be “mindful”.