A man’s deeds recognised in wood 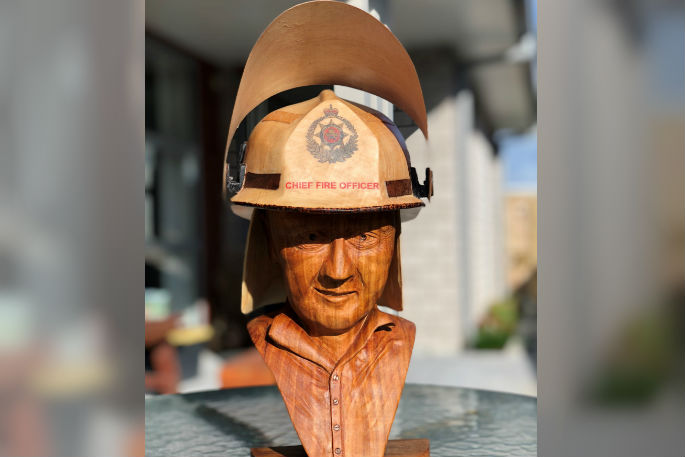 It was a family acknowledging the selfless service by one of their own.

And he had just finished eight years on the board of the United Fire Brigades Association, the last year as its president. And it wasn’t surprising he was made a Life Honorary Member at the UFBA annual conference in Christchurch recently.

But Glenn’s family decided it too wanted to acknowledge Glenn’s contribution to Te Puke and the volunteers.

So his brother-in-law Phil Hansen carved a bust of the firemen – helmet and all.

And it was presented to the firemen by his wife and son at the conference.

“The bust turned out pretty nice and it was a complete surprise for him,’ says the carver Phil. “He was shocked and stunned.”

“It was milled from a forest block owned by Glenn so it has a unique family connection as well as the family likeness I tried to achieve.

While the recipient was shocked, the carver says his enjoyment was the doing rather than the giving.

But both enormously rewarding.