An orange for Christmas please 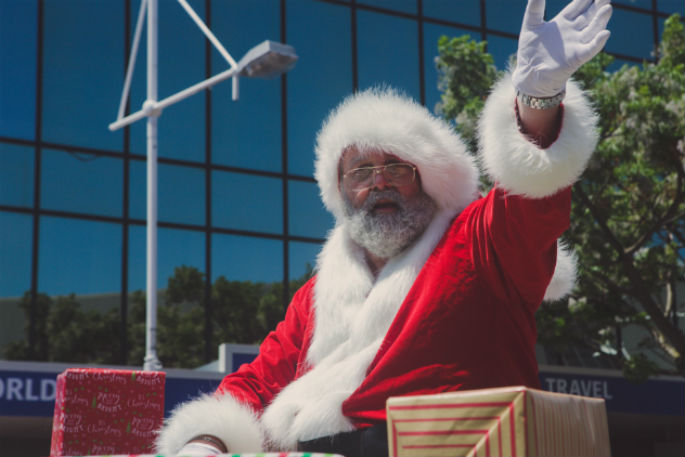 The Weekend Sun tried to trip Santa with some Christmas trivia and he gazumped us, came straight back with some of his own.

“Santa, were you aware of, and do you feel sorry for, the 9700 New Zealanders who share a birthday with The Christ Child?”

“Nuh,” says Santa playing hard nut. And we are not talking spicy Christmas nuts, cinnamon sugar candied nuts or caramelised pecans here. “Because they’ll get over it.”

And Santa, who’s due in Tauranga tomorrow, Saturday, for his three-peat Trustpower Downtown Santa Parade, was more interested in another “indisputable birthday statistic” he picked up while dabbling in university math during some yuletide downtime. “If you get 23 people in a room, it’s more likely than not that two of them will share a birthday.”

Santa’s living proof. His best mate who was his best man at his wedding to Mrs Claus was born on the same day in the same year and just 12 hours apart. Santa wins that one.

His most difficult Santa situation is when a child whispers in his ear they would like Daddy back for Christmas. “Either Daddy has died or Mummy and Daddy are divorced.”

Or, quite possibly, Daddy has been detained at her Majesty’s pleasure.

“My thinking is to say even though your Daddy is not here, as long as you love him and he loves you, then that is the main thing. You can’t wave a magic wand. You can only reassure them.”

And then a Mum will wander up and thrust a newborn in his arms. What’s he meant to do, what’s he meant to say to the little joy, apart from don’t pee, poop or spew on my freshly dry-cleaned Santa suit. Other kids are waiting.

Santa, aka James, is just 62, moonlights as an insurance loss adjustor, is a father of three, enjoys church and cooking. “It accounts for my shape. Even in my Santa suit I don’t need padding or cushions.”

He enjoys the spirit of Christmas even though it gets a bit commercial. Which is just a trifle rich seeing he is buzzing around Auckland at the moment doing some heavy, paid-for, self-promotion in the malls and plazas and even a kindergarten.

And some advice to entitled children. “It doesn’t matter the size of the gift, it’s the thought.” He recalls in England when an orange was put in his Christmas stocking. “I was born in 1957, just one year after war rationing ended. So an orange was quite a precious commodity. That was a significant and memorable gift.”

But Santa, there wasn’t a raft of electronic wonders available in those days. An orange might not cut it in 2019.

And isn’t a sad sign of the times that Santa is dutifully aware he has to keep both hands very visible when he is being photographed with children. “I keep hands shoulder height so it’s clear to everyone they aren’t where they shouldn’t be.”  But that’s the way it is. An accused Santa is a shamed Santa. The stigma sticks.

Getting back to those born on or around Christmas Day. “What about those poor people who got called Noel or Noeline. Now I feel sorry for them.”

And what about those difficult kids, the unsmilers, the sulkers, the non-believers. “Find out what’s wrong, tickle them around, brighten their day.” Or just give them back. Santa’s at the Trustpower Downtown Christmas Parade tomorrow, Saturday, November 30, starting at 11am from bottom of Third Avenue north and finishes at approximately 12pm at the bottom of Harington Street