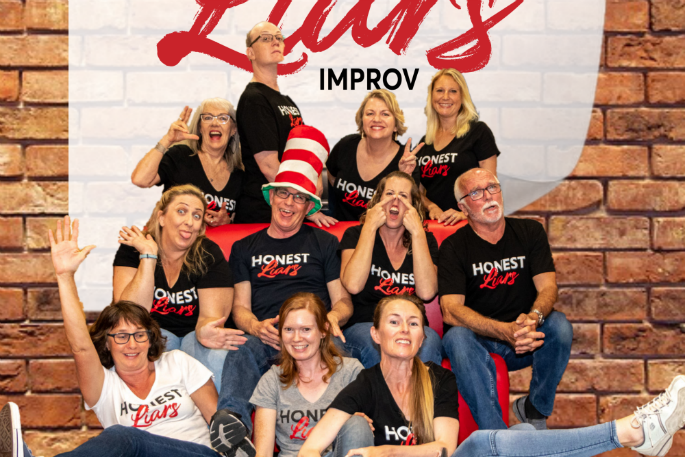 If you’re a fan of ‘Whose Line is it Anyway?’ you’ll love the Honest Liars Improv Comedy Show at the Jam Factory on Sunday, February 9.

Their first show there in late 2019 sold out, and they’re now making the Jam Factory into a permanent home, with shows planned for the first Sunday of every month from March onwards.

“We are bringing regular comedy to Tauranga in partnership with The Incubator,” says Kathy Wilson from Honest Liars Improv.

Improvised Comedy has no script. Everything is made up on the spot. Suggestions from the audience inspire scenes for the show which is spontaneous, entertaining, and fun. Anything can happen and often does. It’s clever, quick-witted, often silly and always charming, and is a great night out for a group of friends.

The audience suggestions make up the content of the show. Fun comedy games such as World Worst, Props and Emotional Symphony are sure to delight audiences.

Honest Liars are the Bay of Plenty’s only comedy improv troupe. Evolving from a group of players from Papamoa, this group has grown to doing commercial shows, Improv workshops, performing for events and parties and offers corporate improv training for businesses.

Come and see them at 7pm on Sunday, February 9 at The Jam Factory. Tickets $10 available online at: www.honestliarsimprov.com