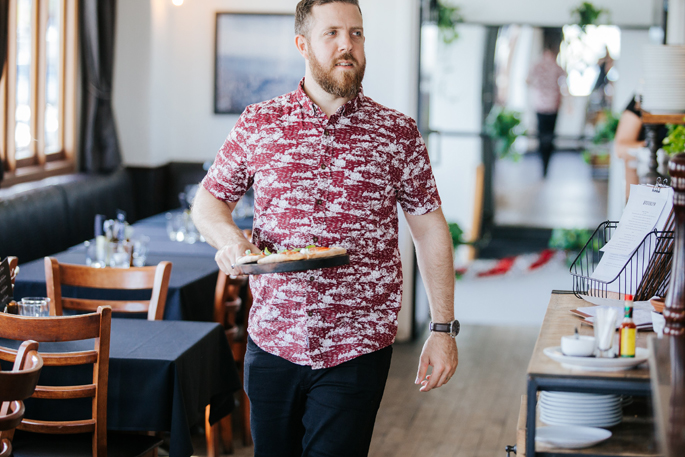 The restaurant business is a challenging one at the moment but one local operator is still finding a way to ‘pay it forward’.
Rohan McClosky is adapting to a new environment. He owns Brooklyn on The Strand, Neighbourhood in Otumoetai and Rain Bar in Papamoa.
“We are getting our e-commerce set up and will work with a local delivery business so customers can order straight from our website. However, there are many businesses who aren’t in a position to do this,” says Rohan.
“I urge people to order their takeaways straight from a business’s website if the option is available, to support local as much as possible.”
To give back, Rohan has started an initiative called Pay it Forward, where anyone who orders from Brooklyn, Rain Bar or Neighbourhood has the option of donating money, which is used to deliver meals to those in need and essential workers.
“We are partnering with Curate Cares and use their database to ensure meals go to people in need.
“They will receive the same high quality meals we make in our restaurant delivered directly by us, so our customers can see first-hand that their donations are directly helping people.
“The model works in a way that allows other businesses, like clothing stores, to adapt it to work for them. We want to ensure we do what we can to help others during this time.”
Businesses interested in adopting Pay it Forward email: Rohan: rohan@seventhavenuegroup.co.nz.
While alert level 3 is providing some relief for restaurant owners, the industry isn’t out of the woods yet says Restaurant Association CEO Marisa Bidois.
She says a survey of its members shows that about 40 per cent will remain closed at Level 3, with another 30 per cent still working through the logistics of reopening.
Of the one-third that are now open, expected revenue will only go part of the way to covering costs.
The Restaurant Association says the industry felt the impact of COVID-19 as early as February.
“The decline in numbers was imposed by the closure of our borders to China. Since then, losses have been snowballing with the lockdown period stopping all revenues across the industry,” says Marisa.
Rohan says he has been working with his landlords, who have supported him by reducing the rent.
Having a positive relationship with staff has also helped and he hasn’t had to lay-off any of his 35 workers.
They made the decision to close four days before the lockdown to help staff get employment in the kiwifruit sector.
“That has really paid itself back – our team have kept fighting for us.
“I don’t think we will see the true financial effects until we fully start back up again, which may be as far down the track as Level 2.
“I want to assure customers that local restaurants feel the social responsibility of adhering to the stricter health and safety guidelines under Level 3. Ordering from us will be incredibly safe.”