Back to the future for electoral boundary 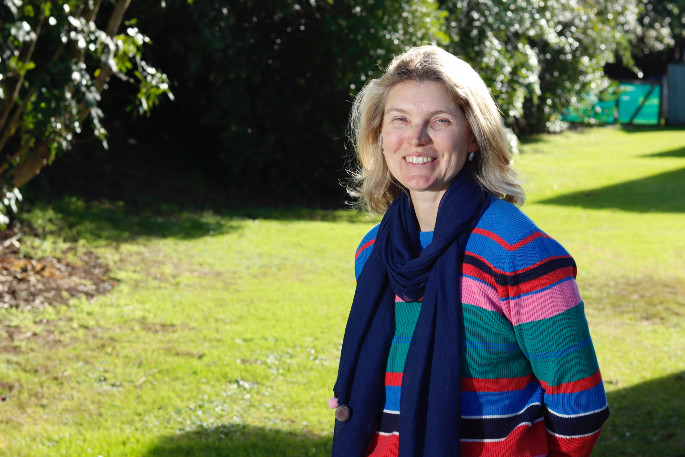 When you think about Omokoroa and the surrounding area you think Bay of Plenty, the beaches and all it has to offer – not Coromandel.

But this election people living in Whakamarama, Omokoroa and Pahoia will be voting in the Coromandel electorate and some voters aren’t happy about the change.

Stacey Walden has lived in Pahoia for ten years and is concerned issues for the area won’t be addressed by a Member of Parliament that lives in the Coromandel.

“We are part of the Western Bay, we elect the council members and we know this area.

“My main concern is that the candidates in Coromandel do not understand our issues and won't really be able to address them very well, compared to the Western Bay representative.

Major concerns for the area are State Highway 2, the massive growth in Omokoroa and the need for a secondary school in Omokoroa, says Stacey.

She feels like current MP Todd Muller knows the issues and is working to address them, she says BOP List MP Angie Warren-Clark has done a lot of good as well.

“I think it's important that people who represent our area live in our area and know our area and really know our concerns and actively address them.”

The electoral boundary change has occurred because the Bay of Plenty was over the population quota. North Island general electorates must be within 5 per cent of the electoral population of 64,899.

The area north of the Te Puna stream has been added to the Coromandel electorate and in turn Coromandel had to lose population so the area around Te Aroha was moved into the Waikato electorate.

According to submissions on the boundary review some Omokoroa residents think the change is “absurd”.

"There is absolutely no association between Omokoroa and the Coromandel region. Omokoroa is, and always has been, closely aligned with the city of Tauranga, given its very close proximity," says one submitter.

Coromandel MP Scott Simpson says it is back to the future because the same boundaries existed around 15 years ago.

“The Coromandel electorate is a large and diverse electorate before the [recent] boundary changes and it continues to remain so.”

If elected, Simpson will continue the constituent clinics in Omokoroa currently run by Muller.

He says the electorate covers a large area and it requires him to be accessible, and out and about pretty much full time.

“They are all different communities and it's my job as the local MP to represent constituents and advocate for them and on their behalf.

“There's no one community within the electorate that is more or less important than any other.”

Until the election Muller remains as MP, he says it has been a great pleasure getting to know constituents in the area and working alongside them to raise awareness of local issues including the Fix the Bloody Road campaign for SH2 and needing a new school north of the Wairoa River.

“For those residents of Whakamarama and Omokoroa who I don’t manage to see before the September election, thank you for your years of support, kindness and friendship.”

The electoral boundaries are based on current census data and will be reviewed again before the 2026 election.