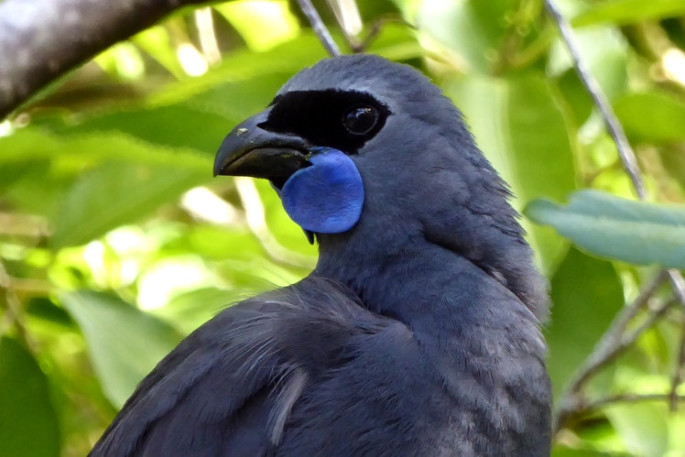 “Before the impact of pests and predators, kokako flourished in Otanewainuku. But by the early 2000s there were no kokako left. However, with excellent pest and predator control, we have been able to reintroduce kokako into Otanewainuku,” says Bruce.

“We are very grateful to the Rotoehu Ecological Trust, the Kaharoa Kokako trust and the support of six local iwi for the 39 birds we have translocated into Otanewainuku. This result is in line with previous surveys and gives us a cautious confidence that we will once again see kokako flourishing throughout the Otanewainuku forest and beyond. With the introduced birds and natural breeding our numbers were up to 52 in 2018 and we’re now pleased to report that 31 pairs and seven singles were counted in the latest survey bringing our number to 69, an increase of 15 over the past two years,” Bruce says.

“Volunteers are the driving force of the work that the Trust does to protect kiwi, kokako and other animals and plants of the forest and this project was no exception with more than 750 volunteer hours recorded so far with more to come tidying up reports. Survey coordinator Hans Pendergrast in particular spent many hours organising the work and the volunteer teams and we’re very grateful for his input.”

Hans says the national recovery plan objective is to reach 3000 pairs by 2025.

“It’s so exciting to see kokako pairs establishing territories in new areas within Otanewainuku. I continue to marvel at the skill and commitment of the kokako experts who lead the work in the forest. There’s still much to do to control pests and predators, but the hard work is so worthwhile when we see the kokako population continue to flourish,” says Hans.

The next survey will be conducted in 2024.